Two changes to treat a stroke 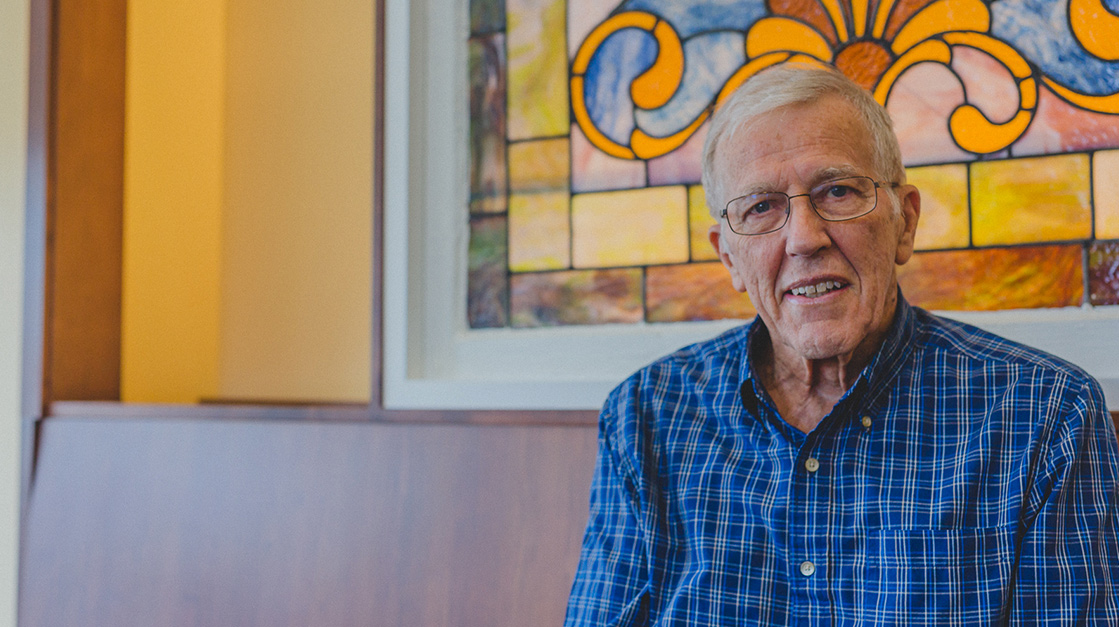 November 28 started like most mornings for Terry Slaubaugh and his wife, Vickie.

“I came out to eat breakfast,” remembers Terry, a 78-year-old mathematician. “Everything was as it usually is, but after I had some coffee and set my cup down, I couldn’t pick it up again.”

After calling 9-1-1, Vickie stepped to his side and held him up in his chair. She knew what was happening.

“I had read about the signs of a stroke,” she says. “Your face droops on one side, and your cheeks don’t go up. Terry’s eyes didn’t look right either. I just looked at him and said, ‘You’re having a stroke.’”

The emergency responders arrived and called to Sentara RMH Medical Center for permission to administer a clot-busting drug. It can sometimes help people as they experience a stroke, but less often in situations such as Terry’s when the patient faces a “wakeup stroke,” one that started at an undetermined point during sleep. 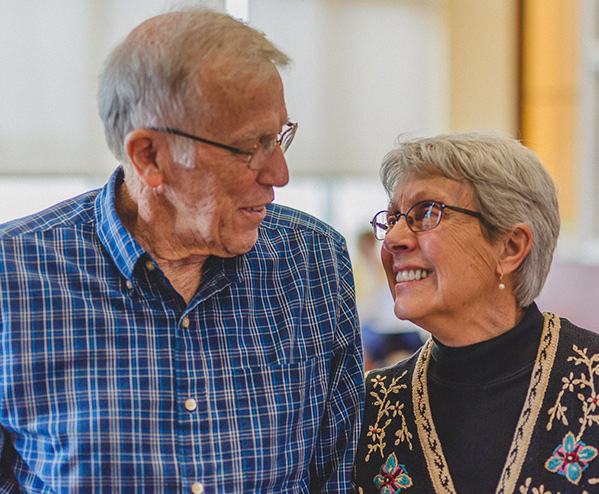 When Terry arrived at Sentara RMH, a computed tomography scan revealed that a clot on the right side of his brain remained intact. The staff immediately arranged for him to be transported by air ambulance to Sentara Martha Jefferson Hospital, which works in conjunction with Sentara RMH to treat patients. Dr. Jeffrey Mai, a neurosurgeon, was waiting there to perform a thrombectomy to remove the clot.

“I remember Dr. Mai thought it was interesting that I was asking him about the mechanics of the procedures,” says Terry with a laugh. “Being a mathematician, I’m interested in that.”

Dr. Mai started the procedure in a vein in Terry’s groin area and guided a probe to the clot.

“I felt pressure in the vein, but as he progressed, I kept my head still and didn’t feel any pain,” Terry recalls. “I asked what Dr. Mai did with the clot, and he laughed, telling me he threw it in the garbage.”

“The staff’s personalities and the conditions there made me comfortable,” he says.

Three months later, Terry, who used a walker before his stroke due to a hereditary condition and continues to, is doing well. Even though he feels a bit tired at times, he is dedicated to working toward a full recovery.